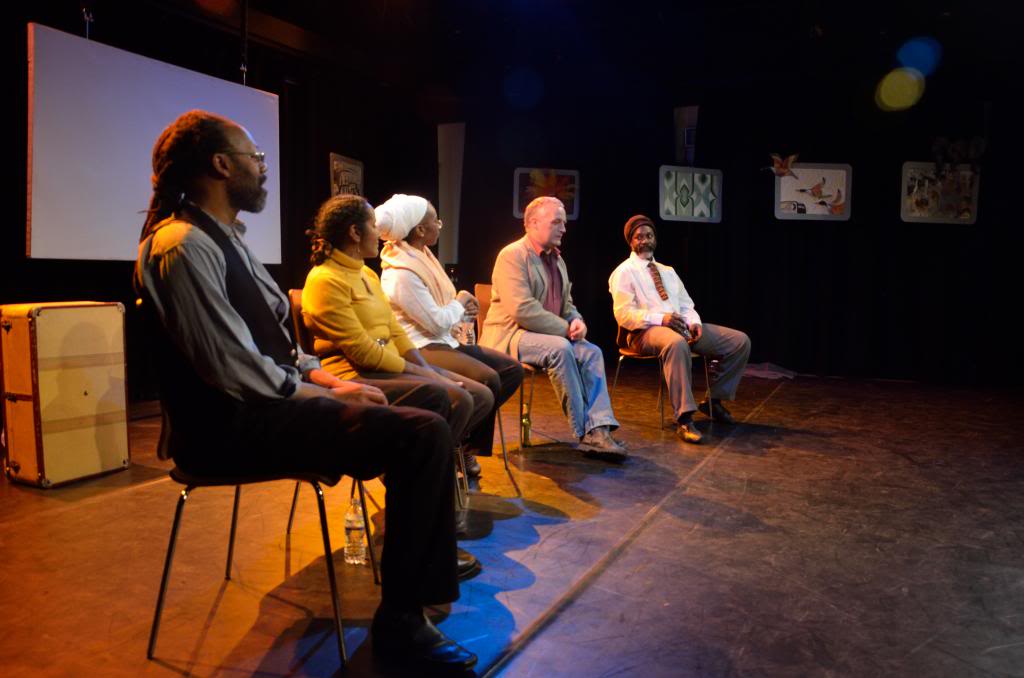 I am a performer, teacher, choreographer 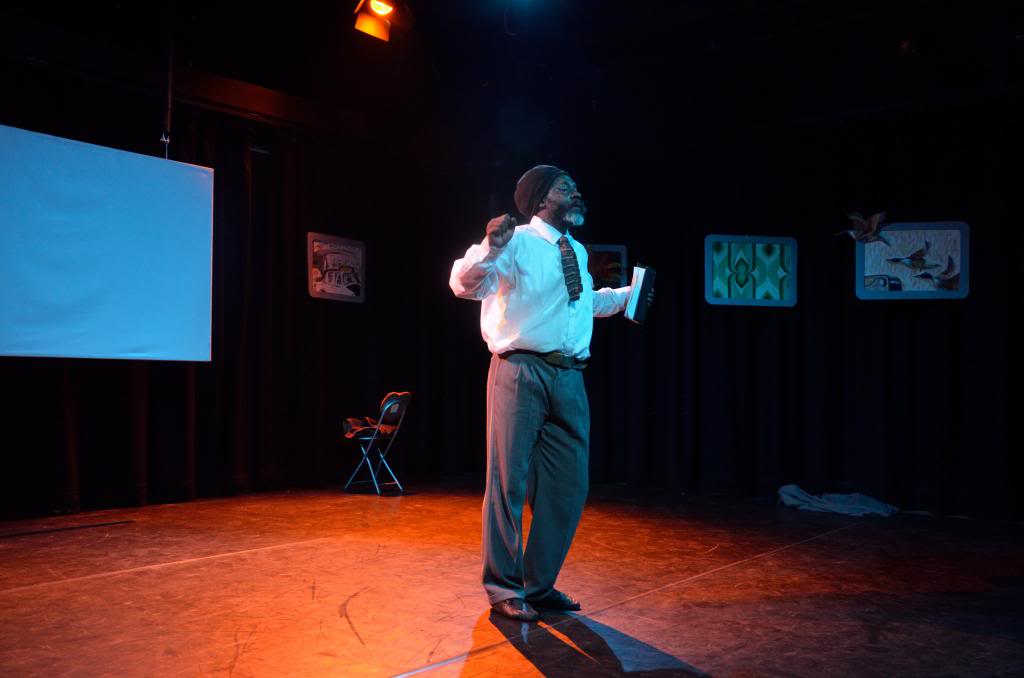 and research dance artist. I am the founder of Phoenix Dance Company (1981-87); founding member of RJC Dance (1992-2002); Dance Artist in Residence, West Yorkshire Playhouse (1990-92) and have toured internationally to Jamaica, Trinidad, New York and Australia. I am currently Artistic Director of Regeyeshun Dance Theatre and the last few years have seen a more dynamic and grounded cultural output, particularly at the West Yorkshire Playhouse.  Productions have included Runaway Diamonds (2005 & 2007); Heartbeat Riddim Chant (2007) and Dubwise Lik (2009). My other works also include 1859 (2009); Strength To Love (2010) and the most recent production North Star (2012) which was commissioned by Afemai Children’s Trust in Wakefield.  My work combines heritage and theatre.

I graduated in physics from the University of Kaiserslautern in 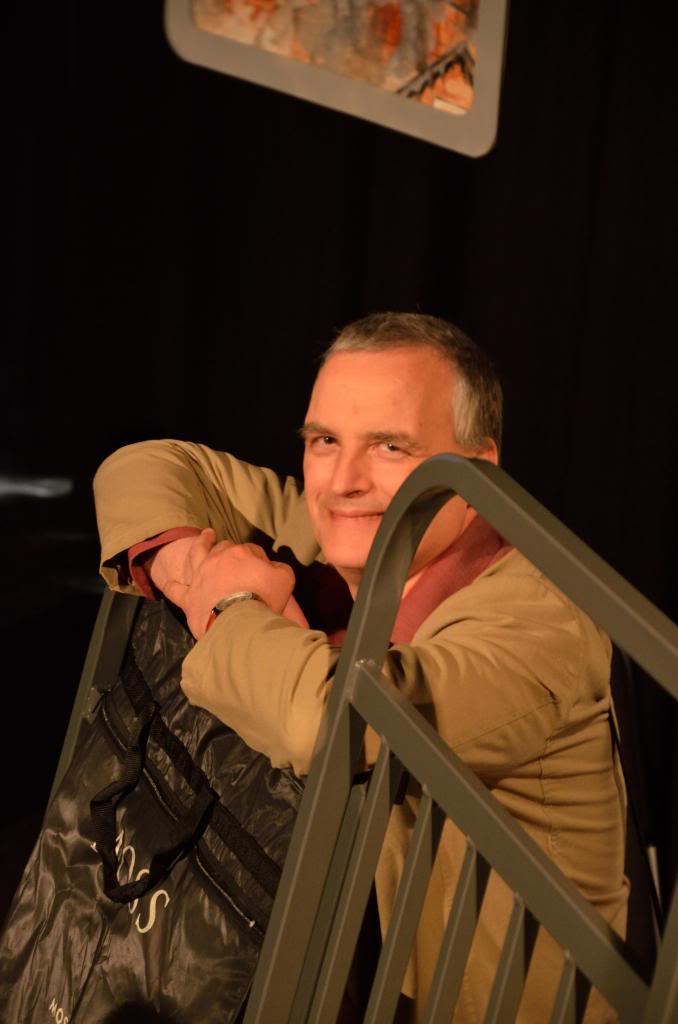 1990, and finished my doctoral studies on coherently controlled light-matter interactions in 1995. With a Feodor-Lynen fellowship of the Alexander-von-Humboldt foundation, I then concentrated on laser-induced cooling of trapped atoms as a post-doctoral research assistant with Prof. Dr. C. Cohen-Tannoudji at the Ecole Normale Supérieure in Paris. In 1998, I joined Prof. G. Rempe’s team in Germany, first in Konstanz and then at the Max-Planck- Institute of Quantum Optics in Munich. During this time, I specialised on quantum information processing with single atoms and photons. In 2005, I qualified as a university professor at the TU München, and then joined the University of Oxford as a lecturer and reader in experimental physics in 2006. Since then, I have also been heavily engaged in undergraduate teaching as tutorial fellow at Christ Church, Oxford.

My research group is now investigating atom-photon connections at the single-atom and single-photon level. To this purpose, we bring quantum mechanics to work, i.e. we exploit, develop, engineer and implement new physical methods that are based on the “paradox” principles of quantum mechanics. This spans from the optical trapping and manipulation of single atoms in laser beams to the interfacing of individual atoms with single particles of light in microcavities confined by highly-reflective mirrors. The anticipated coupling and coherent control of single photons and atoms are the key to quantum information physics, with atoms and photons acting as information carriers in scalable quantum networks.

I was born in Bradford, spent childhood years in 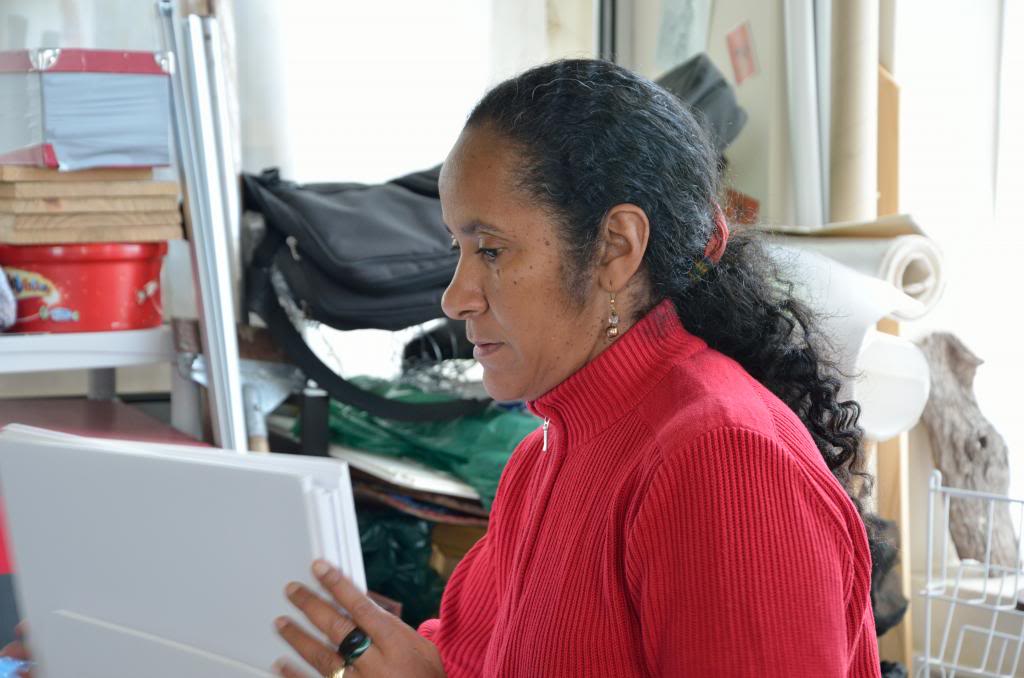 Dominica, ‘Nature Isle of the Caribbean’, and currently live in Leeds, West Yorkshire, where my studio is also based. For me, art is a way of life. With over twenty years experience, my practice includes two and three dimensional art forms, Carnival arts and set design for small touring shows, teaching and community engagement workshops. Over the past two decades I have worked as an artist to encourage community engagement in schools, museums, galleries and within the mental health service, serving eight years as an art tutor for Leeds Mind within the Chapeltown area and wider Leeds community.

I have a keen interest in mental well-being and draw inspiration from expressions of human emotions, as well as from spiritual and psychological growth that results from connections to the natural environment, deep awareness of one’s place in history and affirmation of cultural heritage. I am currently undertaking PhD studies. 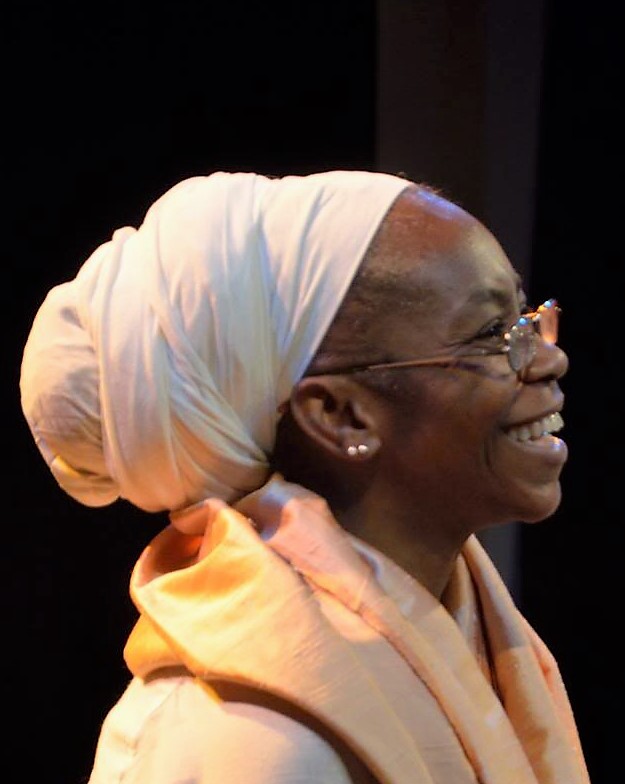 I hold a PhD in Interdisciplinary Gender Studies from the University of Leeds, in the United Kingdom. My doctoral project, supervised by Dr. Shirley Anne Tate and Dr. Rachel Muers, examined the role of dance and performance as embodied technologies in the worshiping practices of Jamaican Catholic Women.  I hold MA degree from Katholieke Universiteit Leuven in Belgium in Religious Studies and in Cultures and Development Studies.  I am interested in points of intersection between religion, gender, migration, race/ethnicity and health.  While pursuing my doctoral degree at the University of Leeds, in 2012, I collaborated with theoretical physicist Jiannis Pachos and professional dance artist De-Napoli Clarke on the performance research project Break-in Point.  The project, with its first phase completed, is an exploration of the relationship between human emotions and quantum physics. In 2011, I joined forces with Ronald Cummings, Nalini Mohabir, Ameena Al-Rasheed, and Shirley Anne Tate in the creation and performance of Mother Libation, an evening of original stories about mothers and grandmothers of Africa and the African Diaspora.  In 2010, I collaborated with professional dance artists Leonora Statpleton and Pauline Mayers on Triad of Women, a project designed to use dance performance as a means to bring community into conversation around critical social and economic issues.  In 2017 I took up the position of Visiting Scholar at the Institute of Religion, Culture, and Public Life at Columbia University in New York City.

Over the past decade I have been involve with various research initiatives that draw links between science, the arts, and ordinary moments in human life.  Follow my work at, http://dancewithoutsurrender.com/

I am a writer and actor of Jamaican heritage 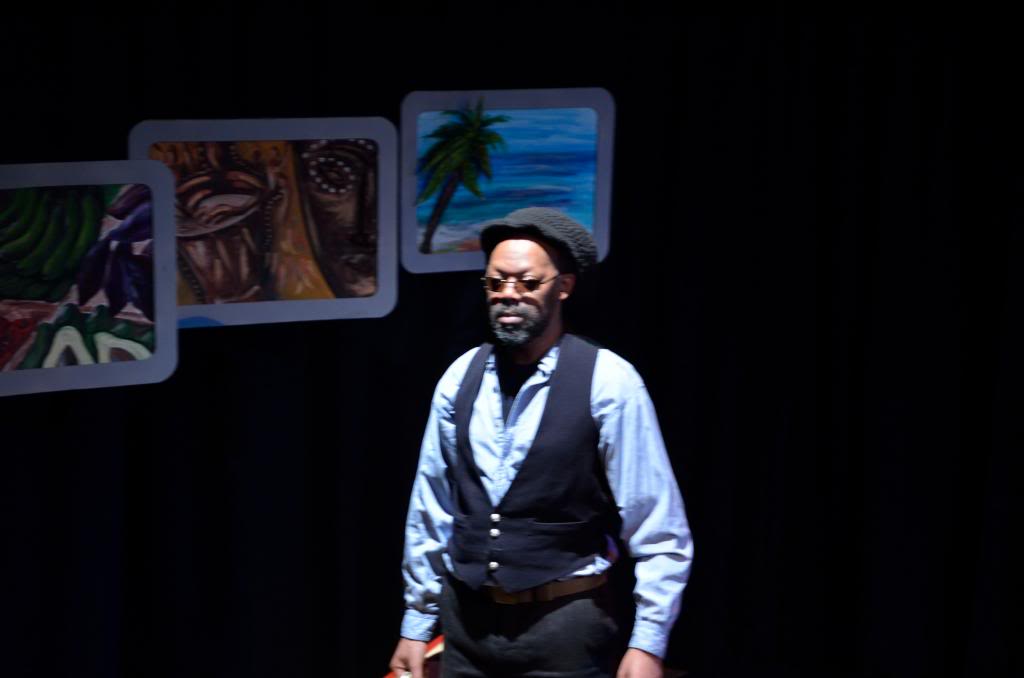 who was born in Leeds. I attended the Webber Douglass Academy of Dramatic Art in London and have performed nationally with several theatre-in-education, community touring and repertory companies. Since summer of 2012, I have been touring my one man show The Fishes of Isis, a full-length historical play that is based on the life and times of Victorian circus proprietor Pablo Fanque.  I wrote and performed in North Star for Afemai Children’s Trust, Wakefield, co-wrote and performed in Journey to My Father for Risky Things Theatre Company in York. I developed the first Leeds African Heritage Walk, performed the role of‘Olaudah Equiano’, and also played Iago in Shakespeare’s ‘Othello’ – a community project with the Royal Shakespeare Company.

I am the recipient of a Stephen Lawrence Education Award from Leeds City Council and a Prudential Award nomination with Huddersfield’s Proper Job Theatre Company.

I am also a founding member of several locally based arts organisations including, Leeds Bi-Centenary Transformation Project, Kuffdem Theatre Company, and the Leeds African Heritage Walk and have long-term working relationships with Regeyeshun Dance and Leeds Diasporian Stories Research Group.  I recently completed my MA studies at the University of Leeds. 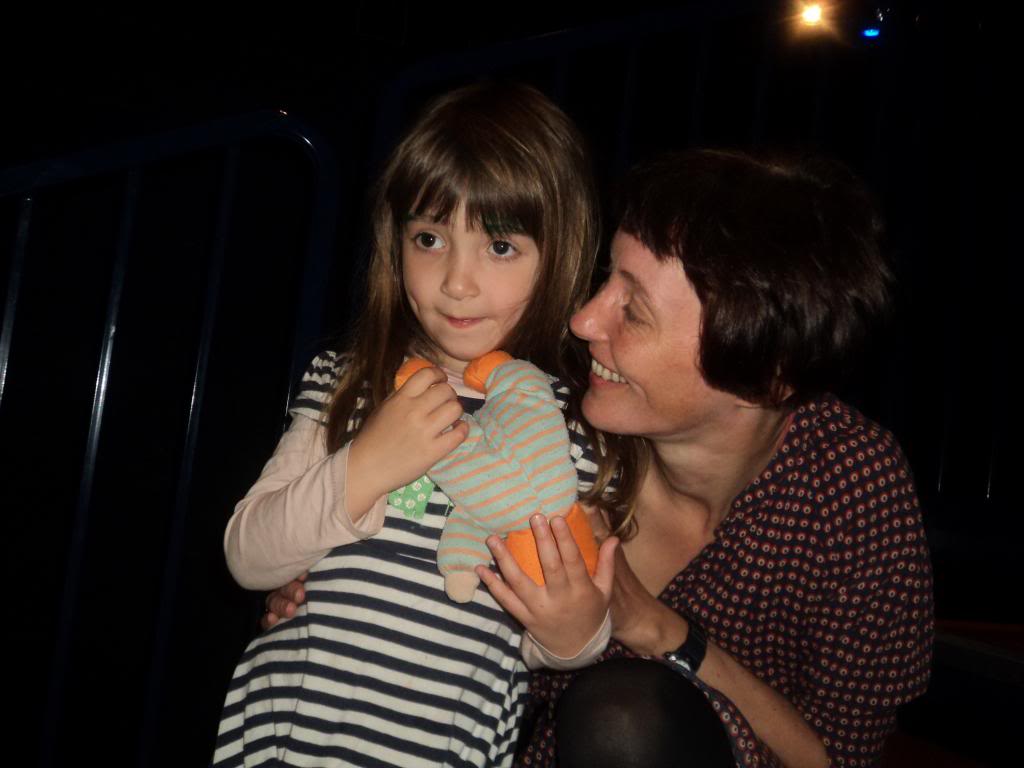 Almut serves as the local physics consultant on the project. With the exceptionally ability to make complex scientific concepts accessible, she also has the uncanny talent of responding within minutes to urgent mid-day or midnight query.

Find out more about Almut by visiting her webpage at, http://quince.leeds.ac.uk/~almut/. 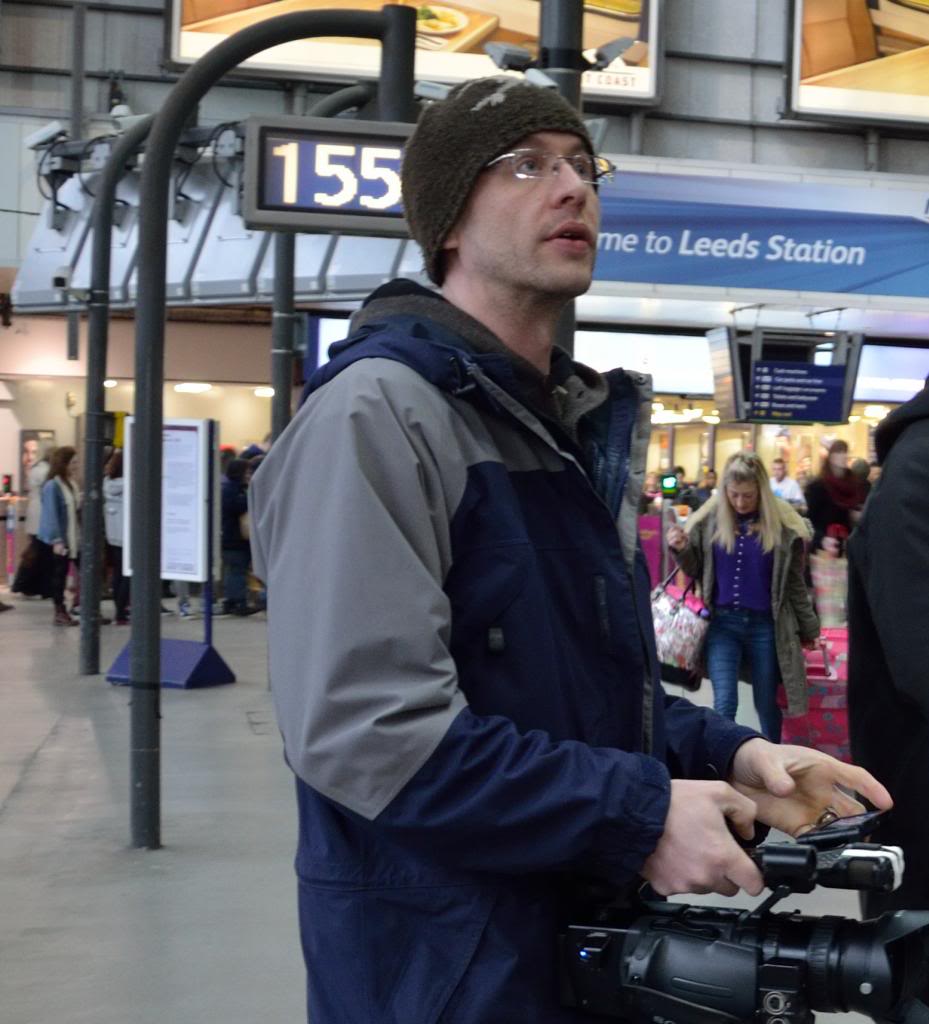 In addition to this project, Chris has offered brilliant technical and design support to two of Carol Marie’s previous projects. On this project, Chris provides invaluable media guidance in several areas, especially in video editing and compilation. 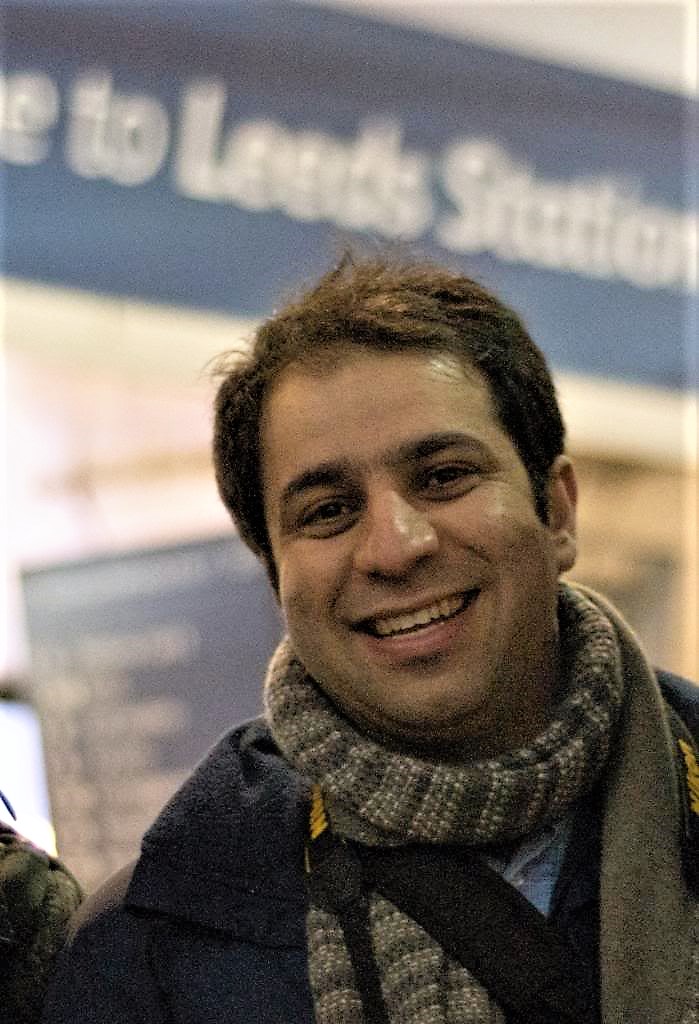 Not usually in front of the camera, this image of Mojtaba is made available due to the courtesy of Chris Megginson.  Mojtaba has actively contributed to each of Carol Marie’s four Leeds projects, taking a lead role on this project as photographer and transportation consultant.  His extraordinary visual sensibility has greatly enriched the project.  The project is also in debt to Mojtaba for his advice on rail and road transportation patterns in UK major cities in the 20th century.  Mojtaba is a transport, vision, and mobility specialist undertaking international projects.