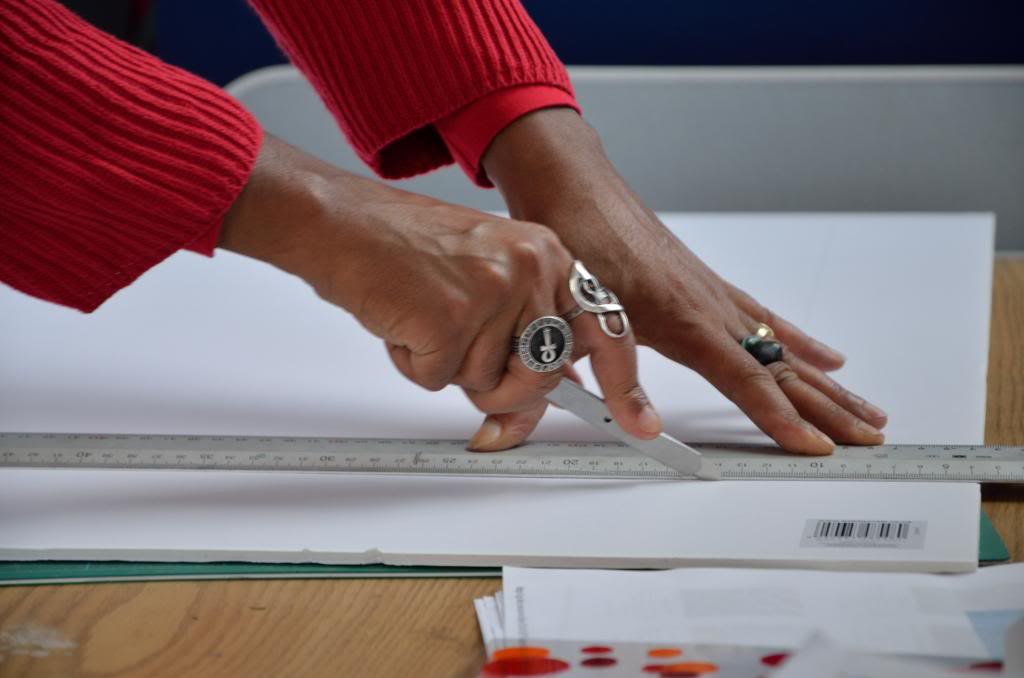 I was out of the country completing a carnival project in the Caribbean during the initial stages of the project and was kept in the loop via the internet and skype conversations. Quantum physics, atoms and photons are not part of my chosen vocabulary, and as an artist, I am aware of them but take a more eclectic view of life…as a fusion of the ethereal, physical and spiritual energies. Over the years people have related the colours and glowing balls of light often represented in my artwork as having religious or scientific significance. For me, these represent nature and natural environments in their entirety in which healing and renewal are part of a holistic process. The similarities between my artwork and images in relation to concepts in quantum physics are interesting and seen by some as somewhat prophetic.

Over the course of the project, I spent considerable time thinking about my own migration journey, how migration has transformed my life and how much I will have changed on my return to England on this journey. Transportation Transformation: Migration, Teleportation, and Railways has been a fascinating project that has personally changed my own thought processes.

The set design development started on my return to UK three weeks before the performance. After discussions with the David Hamilton, Joe Williams and Carol Marie Webster, my task was to create a simple and transportable set that reflected a train journey/station in some way and the journey of the African Caribbean community in Chapeltown. There was a limited budget for the set and so the initial sketch ideas formed quite quickly and the decision was taken that the set would consist of a series of simple panels of equal size representing train windows. The widow panels were to be arranged in the theatre space to represent a train with a three dimensional aspect built into the designs so images seemed to be coming out of the frames, transcending both flat and physical space of two worlds, two dimensional and three dimensional. The window panels were also to be hung in such a way to allow a small degree of movement. After looking at the theatre space 10 windows panels were constructed on various themes important to the African Caribbean community of Chapeltown. The images to appear in each window carefully researched and designed.

It was important to reflect and represent various aspects of the migration journey of the community which was already represented in the varying community and historic narratives of the performance script. The audience was to be taken on a visual journey by a choice of images that were iconic, or near iconic, in the life and cultural expression of the African Caribbean community in Chapeltown.

The images used for the set are:
1. Heru – Ancient Nubian Deity – representing Teleportation, (Superman character) Transcending space and time;
2. Iconic 60,s wallpaper pattern (the green and taupe crossing design)
3. The 3 flying ducks wall ornamentations were features of many Caribbean sitting rooms in Britain in the 70’s, and the radio used to keep the rhythm of the community
4. Caribbean food /Market stall, representing the central food aesthetics of a people for whom food was and continues to be an essential way of maintaining connection to a distant Caribbean home;
5. Africa and liberation, Drum as a symbol of music and communication
6. Carnival mask, representing the Leeds West Indian Carnival, a celebration of the courage and tenacity of a people through expressions of dynamic embodiment;
7/8. Train station memories, Taxi cabs and Cold starkness of the train stations’ waiting rooms.
9. Smoke and Memories of smog/smoke- filled skies, the visual manifestation of Industrial Yorkshire and of potential for immigrants to make money and build new lives in the UK and in their Caribbean home.
10.Palm trees representing sunny, distant homelands on tropical shores.